Northumberland County Council has been discussing with Arriva possible changes to Services X15 and X18 north of Alnwick. They are now in a position to consult on proposals for X15 and X18 for introduction on Sunday, 9 November 2014.

Statement as to Persons Nominated for Election in Magdalene Ward 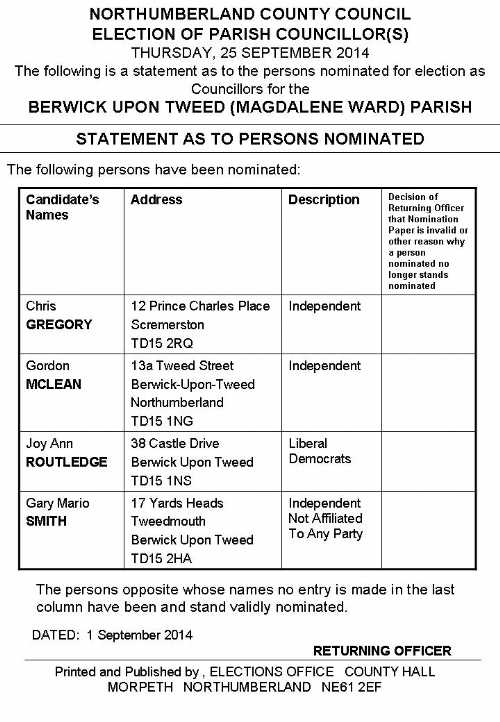 To download a PDF version of the above notice

'What's on in Berwick' Day

On the 17th of August the Granary are holding a 'What's on in Berwick' Day, so we have demos and taster sessions of gymnastics, crossfit, chess, triathlon, comic book design, tribal dancing and tweedstriders will be running guided runs around the walls and much more.  Also,

Notice of Election for Magdalene Ward

It has been announced that the North East is the winner of the 'Your Great Britain Competition'.  In the competition, organised by Heathrow and VisitBritain, the public were given the chance to choose their favourite from the following four regions of the UK - the North West, the