NOTICE OF CONSULTATION ON APPLICATION FOR DESIGNATION OF A NEIGHBOURHOOD AREA

Northumberland County Council hereby gives notice that Berwick-upon-Tweed Town Council has submitted an application for the designation of a 'Neighbourhood Area' under Regulation 6 of The Neighbourhood Planning (General) Regulations 2012.

Berwick-upon-Tweed Town Council is a 'Relevant Body' for the purposes of Section 61G of the Town and Country Planning Act 1990 and is therefore qualified to undertake neighbourhood planning.  The proposed Neighbourhood Area covers the whole of Berwick-upon-Tweed Civil Parish area as shown on the map below. 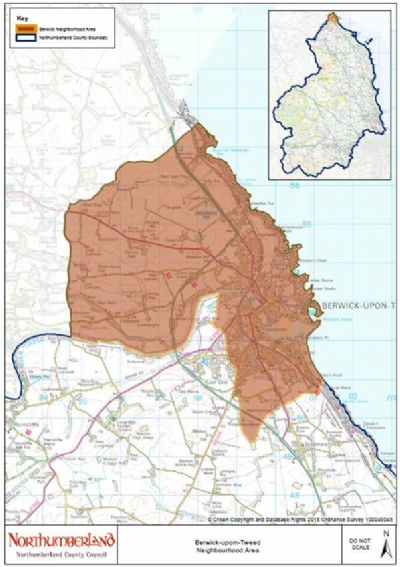 If you wish to make representations on the proposed neighbourhood area, these must be made by email or letter.  Representations must be received by the County Council on or before Monday 27 July 2015.